The 4th of July is almost upon us and despite the doom and gloom that is proving to be 2020, this year’s ‘independence day’ is even more so an opportunity to paint your nails and get done up for a long-awaited socially distanced party! There are so many designs and accessories that can really make your nails the main feature of your 4th of July look. So, from star-spangled banners to the various colors of the rainbow look no further than here to find out how to paint your nails for the 4th of July.

The 4th of July is all about celebrating freedom, liberty, and independence. This can mean many things to many people. Perhaps most commonly the United States famed ‘Star-Spangled Banner’ is what comes to mind most when the 4th of July is mentioned. So why not paint your nails with the stars and stripes of the United States’ flag? You could do this in a variety of ways. Each nail could be painted with a carefully painted flag, or every other nail could have stars, and the nails in between the stars could be stripped, for example.

Fireworks are another thing that readily comes to mind when thinking of the 4th of July celebrations. What better way to embrace the occasion than painting your nails with colorful exploding fireworks! Why not use a dark base coat on your nails and then paint the beautiful exploding fireworks on top? You could even use some glitter varnish to add some extra character and sparkle.

There are of course many other symbols that are associated with the 4th of July that you could use for inspiration in how to paint your nails for the 4th of July celebrations. In particular the liberty bell. Also, have a think about the carnival-like atmosphere of ‘independence day’. There are copious amounts of confetti, balloons, and streamers that are used throughout the country on the 4th of July, so why not incorporate that into painting your nails? You could have red, white and blue confetti and streamers on one hand and red, white and blue balloons on the other, for example!

Remember you don’t have to stick with red, white and blue either. The 4th of July is a celebration of independence after all, so why not embrace your independence and paint your nails in differing colors? You could go for a rainbow effect by painting each nail a color of the rainbow. Or you might want to use a marbling technique to create a rainbow effect on each nail to really add the wow factor. Again it is important to remember that your nails do not have to be painted in block colors, you can add different designs and even nail accessories, nail jewelry, and nail decals.

So, no matter what your preferences, you can use the celebrations of the 4th of July to really express yourself via your nails. So what are you waiting for? Get painting! 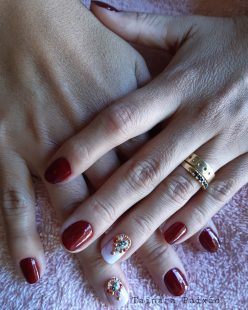 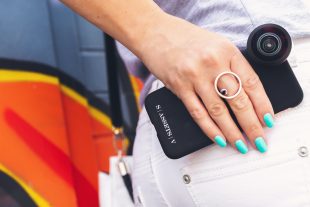